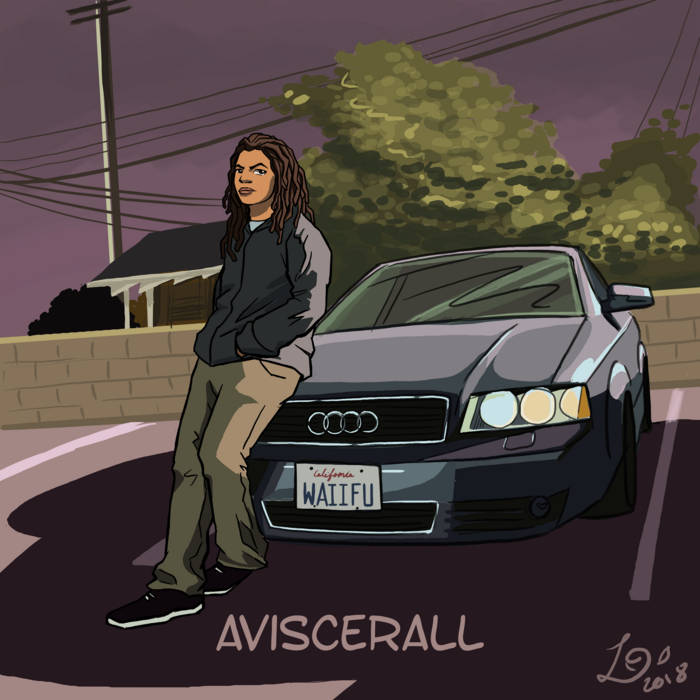 After making music for 12 years, I think it is about time to release my first self-titled album. This is a compilation of some of my favorite tracks, that I've released over these past 12 years, and I hope you enjoy them as much as I do! This album is mostly comprised of samples that are either royalty free (Public domain / Copyright laws), Replayed and Re-Recorded, Very heavily chopped, short sample length, or made entirely by me! Which is why this is also my first album to go on major streaming platforms, and hopefully more to come.

To be honest, this has been something I've been wanting to release for a long, long time. But, as I've gotten more and more in software development, open source, and just general life stuff. I never have found the time to do the general things outside of general music creation like I used to. I'm still making music, but like exporting, finding album art, sharing it, getting it out there, etc... takes just as much time as making it. What unfortunately pushed me over the cliff, was someone stole my song, Lullabyes, and uploaded it to Spotify. Claiming it was their song, and entirely made by them. They did this to me and several other artists. See the twitter thread here: twitter.com/torch2424/status/1160639150191607809 . This has two sides to it. The obvious one is that I felt stolen from, upset that someone could claim something that took 12 years of experience for me to create, and I poured my heart into, was now someone else's by simply downloading it and changing the name, was hurtful to say the least. Another side, is that if the estimated numbers are correct, they profited about $6,000 (Yes, six thousand US dollars) from the 2.6 million streams they got off of my song. Which is also very very unfortuante, because my music has never gotten near that much exposure (Though, I am already grateful from the large-ish numbers I already pull), and they made a ton of money that I could have honestly used for my $30,000 in student loans, or helped my family, travel and play some shows, or hell, even donate to the cancer foundation AGDQ runs every year (that is very personal to me). But the one positive I pulled out of this, is that my music has a lot more potential than I thought. I always said my music was okay, but now I know, it is definitely something special. I've always been the type to say the numbers don't measure the music, and I still don't think they do. But I'm always the type of person to count my wins, not my losses. And to me, the fact that 2.6 million people listened to my song and loved it, is awesome, and something I could have only dreamed of. I am still very very upset at the person that stole my music, and I have no respect for them. But, who I am stolen on are the people who didn't know it was me behind the beat and thought it was the theif, that left such awesome and positive comments on the song and my music. Even though the comments didn't mention my name, I knew were really meant for me. And I'm hoping I can have them as fans, underneath the true person behind the music. :)

As always, this is album will be free, but donations (Pay Your Own Price) to buy me Arizonas and music gear would be dope.

Leah Garza - Thank you for being the raddest person babe. Thanks for letting me make music at 2AM while you were asleep 5 feet away from me. Also, all the input was really helpful.
Daniel Gomez - You've helped me so much throughout my musical career! You're the bested friend/brother a dude can have. Cheers dude!
Mom - For being such an awesome person, and being so stron I am proud of you.
Dad - I miss you and I love you. Rest in Peace.
Joel - For Just Livin'
Astroblk - For being a great buddy, and helping me develop as an artist. Also, shouts out to a collab we did back in like 2011 haha!
Nick, Nick, Elvin, Carlos, And Everyone At Open Mic - For being a great buddies, and helping me develop as an artist
Nolan, Ben - For being the homies, and giving me insight on how to become a better artists, and being some of the raddest hip hop heads I know!
Cory Shuman - For being a great buddy, and always giving me honest feedback on my music.
XA - Cannot express how much ya'll still have an influence on everything I do. Ya'll is the best, and stoked we all keep in touch still!
Nostalgia Infinite Records - For releasing this EP!

Can be found by looking at my previous albums and their descriptions :)

Bandcamp Daily  your guide to the world of Bandcamp

Featuring Gary Bartz, 5 years of Rhythm Section Intl and an LP of the week by Nicolas Jaar